In March of 2011, our unborn identical twin daughters were diagnosed with severe Twin to Twin Transfusion Syndrome.  We underwent in utero surgery to try to save them, but shortly after surgery, our smaller twin, Fiona, died.  She and her sister Brigid were delivered on May 8th; Brigid was premature at just 28 weeks.  She lived for nearly 7 weeks in the NICU on near constant ventilation because of a breathing issue she had, but on June 23, she died from an infection that she contracted from the ventilator.

After her death, I used some photographs that I’d taken of her in the NICU to create a sketch of her sweet face, finally freed from all of the tubes and tape that had been on it for her entire life.  Looking at the sketch, and having it in our home, makes it feel like she – and Fiona – are both real parts of our family.  Sometimes a sketch is easier to show to someone than a photograph of your baby.  It makes me happy to be able to have a picture of her to look at whenever I want to.  It has brought healing to my heart.

So I decided to use my abilities to do this for other people, too.  There is nothing harder than losing a baby, and I hope to be able to help bring comfort to the hearts of those who are carrying this heavy burden.

I used these two photographs of Brigid and combined them to make the sketch, below. 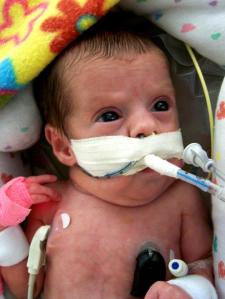 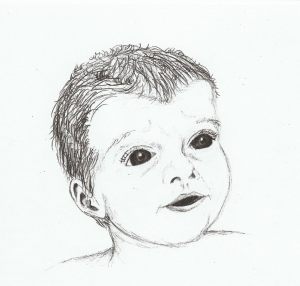 I'm a wife, a mother, an artist, a writer, and a whole lot of other things, too. 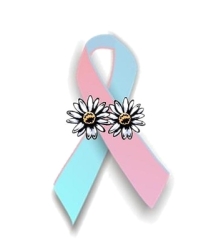 All content copyrighted. Feel free to share with a link to this site, but please don’t take.

Little Winged Ones by Eileen Tully is licensed under a Creative Commons Attribution-NonCommercial-NoDerivs 3.0 Unported License.
Based on a work at littlewingedones.com.